Flags of Identity – Flags of State 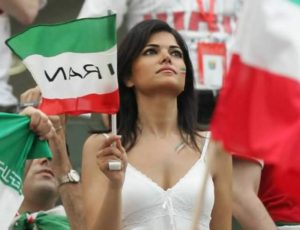 Following the 2015 Freestyle Wrestling World Cup in Los Angeles I have become aware that Iranian spectators were prohibited from carrying their flags and am writing to express concern about the repeat of such decision for any future sports events.

The flag of Iranian national unity and identity has carried the emblem of the lion and the rising sun for over one thousand years. Although we are fully aware of the international recognition of the present ‘official flag’, we would like to remind you of Iran’s unique position:  not only many of the near five million Iranians dispersed globally (of which a high proportion have settled in the United States) but many Iranians inside Iran recognise the lion and sun as a symbol of national identity. With this in mind, we find it incomprehensible that ‘the land of free’ will prohibit its citizens from carrying a symbol of their national identity into a sports stadium while at the same time we witness the valuable efforts the organisers to ensure the attendance of the very same Iranians at such events.

Such decisions and actions raise the following key questions:

In conclusion and to reiterate the issue here is not one of an ‘official flag’ but of a flag that has great socio-cultural relevance and value amongst many Iranians.

Sir, ACI awaits your response with the hope that any such prohibition will be lifted and Iranians may carry their flag of choice into the sports stadium.

Your comment! for “Flags of Identity – Flags of State”